Someone could write a bulky book about optimizing advertising campaigns on Facebook, instead of an article. But who would have time to read it when the promotion on social media is in progress, the budget is decreasing and there are no positive results? You have to act and that’s it! Therefore, today Karina Zabiegła from agencja interaktywna inmedium.pl will give you 5 simple tips in a highly condensed form. Use them to improve the performance of your ads.

Reading time: 12 minutes
You can instantly open the required chapter:

Take a look at the location settings in the Ad Set. By default Facebook selects “people who live or have been to this location”. What does that mean? That your ads reach not only people who live in a given location, but also those who were just passing through yesterday, but today are on the other side of the world.

Like a small thing, but it changes so much, especially in the case of local businesses. Reaching out to people who have recently been nearby, but are now in completely different place and will not take advantage of your offer (e.g. they will not visit your restaurant), you waste some part of your advertising budget.

Go beyond the standard audience

Cold traffic campaigns, i.e. campaigns targeted at people who have never faced the brand before, are in most cases more expensive and less effective than those focused on the targeted audience.

If you own a site, and the Facebook pixel (now: Meta pixel) in your website code and use the potential of remarketing. With it you can:

Create and use groups of recipients who reacted to your content on social media, joined the events, and played a given % of your videos and liked you. If you have a customer database, then upload it to Facebook and see how many of them you can reach on Facebook.

Take advantage of look-alike audiences — groups of recipients similar to those you have already created. You may find that, for example, a campaign targeting users similar to those who made a purchase in your store in the last 30 days is much more effective than the one in which you use a standard audience.

The quality of the look-alike group becomes better when Facebook has enough data. Thus, before you try to create a new campaign, check the size of the base group that you want to use to create a look-alike. Here you can also conveniently manage individual groups.

Seemingly simple and logical, and so rarely used! In the Ad Manager at the Ad Set level, you can exclude:

The last point is especially important. Thanks to it you will avoid:

As with any activity, it is important not to overdo it. By applying exclusions, control the size of the audience obtained. Too many restrictions can prevent the campaign from even launching or you will burn your budget by reaching a very small number of potential customers.

After the advertising campaign is launched, starts the so-called learning phase. Facebook looks for the optimal way to display your ad set by testing different groups of recipients. For sure, within the target specified by you. It will also check the emission at different times of the day, different locations, and the effectiveness of individual ads. During this time, the campaign results are less stable, you may notice a greater reach, but also higher CPA (cost per action).

It’s best if you get out of the learning phase as soon as possible — but sometimes it turns out that… it’s impossible! Why?

Sometimes it is very difficult to achieve the required number of conversions in the form of sales or shopping carts in the case of niche or luxury products. Then it is worth thinking about changing the goal of the campaign in the Advertising Manager. It may turn out that much better results in the form of sales will bring, for example, a campaign on Traffic > Page views.

Take a look at the comments under the ad

Add activity control under your ads to your daily duties. Reactions, comments, and shares increase the reach. They are also not indifferent to advertising costs, as Facebook’s auction system takes into account engagement.

This is called social proof of rightness — social proof, defined in the 1980s by Robert Cialdini. Therefore, the activity under the ad may support or reduce the effectiveness of your campaign.

If the comments are positive, users recommend you and your product, great! It is worse if you get a negative opinion, which has much more power than a few recommendations and can effectively reduce sales or acquire leads.

If it’s a troll’s action, groundless critique or strange bot delirium, don’t hesitate to hide/delete the comment. The user will not receive notification of this, and if you hide a comment, its author will still see it. If the product or service is criticized by a real customer, they will try to clarify the matter. Don’t get into the conflict in comments. Skillfully transfer the discussion from the public to the private level, e.g. by contacting the client by e-mail or via Messenger.

Do not let negative feedback gather under your ads that can influence even the best targeting and the best advertising creation.

Campaign optimization is a process

These are just 5 simple tips, but I hope you’ve found at least one of them useful.

It is a continuous process in which not only Facebook learns your target group, but you as well. The better you understand your customers, the better campaigns you create, and the more you get — which I sincerely wish you! 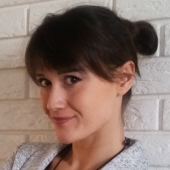