In brief. What is a teaser ad in 3 minutes

The original meaning of the word “to tease” is to make fun of or attempt to provoke a person. But how can this be related to ads? Do marketers tease their potential customers? Check the article below to discover what are teaser ads, how they work, and their types.

Teaser ads is a marketing tool that uses intriguing and shocking messages to pique the curiosity of users. It hints at the product but does not name it ultimately.

There is another, broader concept — a teaser campaign. It “warms up” the audience before a new product is released on the market, a video game, a movie premiere, or other large-scale events. Typically, such a campaign consists of a series of teasers that keep the audience on their toes and wonder, “What does this mean?”

The main thing is not to tell too much so that the potential buyer does not know what it is about. This trick works in contrast to traditional advertising that literally screams the name of the product at every corner.

There are two parts in a teaser campaign:

Thus, teaser campaigns can be two types by duration.

Formats and usage of teaser ads

The most popular type of teaser ad looks like a row of banners at the bottom or side of the browser. They are designed to grab the user’s attention. A combination of engaging illustrations and text that appeals to emotion can be used for this. For example, “Shock! A famous actor has died”, “A 50-year-old man married a goat”, ” One drop of this perfume — and all men belong to you.”

But such banners are just a particular case of teaser advertising. It is not limited by the Internet or such a format.

As an example, let’s take a BMW video that is built on the principle of a one-time campaign. This is a teaser trailer that preceded the release of the new car model. At the beginning of the video, we still do not understand what we are talking about. We simply look at everything as if we were a car. There is no voice that lists the benefits or the brand logo visible. Only, in the end, it becomes clear what it is about.

The simplest example is when a billboard appears on the street that does not advertise anything but contains a provocative picture or an incomprehensible phrase. A week later, we see a “continuation.” And so, until the intrigue is revealed. Users usually travel the same routes, so they see the entire chain.

An example of the oldest teaser advertisement is the poster for the 1920 film “The Idol Dancer.” There is nothing said there about the movie or about its title. But there is intrigue in the description of the plot. Even the portrait of the heroine is shown to us in the form of an impersonal black silhouette, which additionally arouses curiosity. 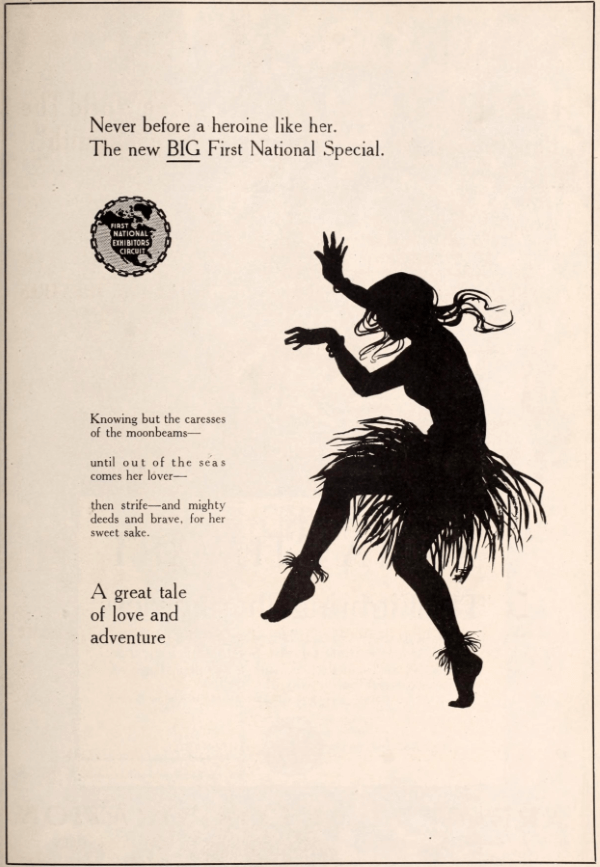 Poster for the “The Idol Dancer” movie, 1920. Source: Wikipedia

Posters are still used in teaser advertising today. They played an essential role in the campaign leading up to the release of the Indian film Kahaani 2 that showed a kidnapping and search. The moviemakers released a poster in the format of a standard criminal tracing poster. The main star of the film later posted an online version of it on Facebook and Instagram. 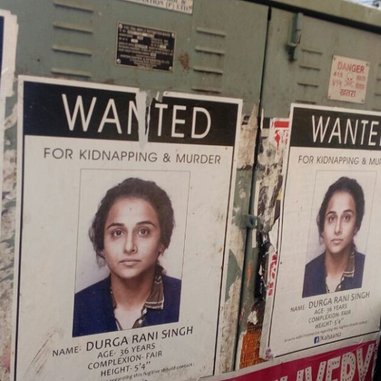 Using emails, you can warn the user that an important event is coming — and do not say which one. This trick works, that’s why brands use it a lot. In this case, it is important to draw the attention of the recipient to a specific date or add a button that you can use to add an event to Google Calendar.

Teaser ads can use word of mouth and misinformation. For example, the Superman movie in 1978 deliberately came out a year later than it was announced. The creators intentionally conceived this to warm up the interest of the film.

Teaser ads that are posted on the Internet work according to the following principle.

Example of work on the one of teaser networks, mgid.com