Case study: increased number of requests and the cost of the request reduction by 80%

During quarantine, many companies were forced to cut budgets. However, the ones that use call tracking clearly understand how to reallocate funds and get the most out of ads. Our partner, Ilya Sandyrev who is a digital marketer, described such an example.

Period: starting from 2016 to date

When Ilya started the work with the project, he made an audit of the campaigns for the client. Initially, they were set up by the client himself, after taking a course from a business school. During the audit, it was found that the budget is spent inefficiently, and ads drive an inappropriate audience. Thus, the difficulty was the following:

Ilya “cleaned” the semantics, made a list of negative keywords, and rebuilt the account structure. Thus, it was possible to optimize the costs of paid advertising. But after that, a new task appeared. He had to increase the number of leads while having the same budget. At the same time, the digital marketer knew that most of the customers request his client by phone. Meanwhile, lots of important questions remained open:

Everything was complicated by the fact that the client used an analog PBX. The site indicated three landline numbers and three mobile phones of sales reps. Requests to these numbers were distributed among employees. That’s why both the client and a specialist didn’t know:

In order to somehow track the effectiveness of paid ads, two goals were set up for tracking. A fill out of the feedback form and order of a callback using the EnvyBox service plugin. A month before installing Ringostat, five users filled out a feedback form, and four more ordered a callback via the widget.

At the time of the screen creation, the goal has already been deleted. Therefore, it shows only nine goals and separately five fillings of the feedback form

Eight out of nine potential customers came from paid advertising. In total, there were spent 6,134 hryvnias. It turned out that each lead from the paid ads cost 766.75 hryvnias.

Having such a picture, Ilya could make only two conclusions, either ad is ineffective, or the data on requests from the site is incomplete. Thus, the client and the specialist came to the decision to connect call tracking. Ilya chose Ringostat: 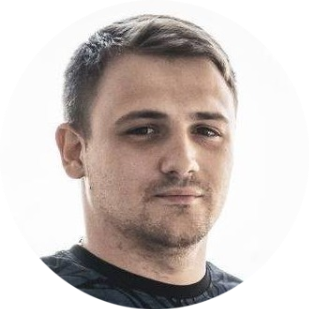 “I choose Ringostat as this platform has the fastest and most pleasant technical support. Employees whom you can contact in any messenger, for example, Telegram or Viber, and not just by mail. They always answer and call you back.”

After connecting call tracking, a substituted number was placed on the company’s website. As a result, a toll-free number was used for this case as it is free for the caller to request the company that way. Due to Ringostat, Ilya and his client were able to analyze how much they spend on attracting new customers and how many calls a company receives. In the first month after connecting the call tracking, there were still five fillings out the feedback form, but a client received 48 calls. Thus, for one filling out the form, there are about 10 phone calls an average.

4429 hryvnias were spent on advertising and 25 leads were received. The average price of a lead was 177 hryvnias:

They also configured the integration of Ringostat with Bitrix24.CRM for this project. Due to this, the client was able to collect information on lead processing. Additionally, it turned out that sales reps miss 22% of calls. In other words, every fourth customers’ call remained unanswered.

During July and August, there were enough statistical data to make conclusions about what will work better. Ilya created a campaign using requests that returned more conversions as keywords. They were added in the exact match type, and the specialist excluded these words from other campaigns. Dynamic Search Ads or DSA have also been created. The text there was automatically generated using the feed and site content.

By analyzing the reports, Ilya noticed an issue that was caused by the UTM parameters. Due to the fact that the links were marked with UTM tags, and Google Ads also put an automatic tag, campaigns began to be doubled:

Even though Ilya selected “Allow manual tagging UTM values to override auto-tagging GCLID values” in the advanced settings of Google Analytics, some of the conversions were not imported into the ad account. All in all, Ilya deleted the UTM tags, and all the data began to be driven correctly.

After a sufficient amount of data was collected, the specialist changed the bidding strategy to an automated one. The target CPA bidding was taken as the basis. That is an automated strategy that optimizes cost per click in real-time to get more conversions for the budget. In this case, the task was to get the conversion that will cost 130 hryvnias. Once every one or two weeks, Ilya lowered this price by 10-15%.

Analyzing the work of DSA campaigns, digital marketer found new keywords in the search queries that were not included in the account. Based on them, he created new ad groups that collected traffic using the necessary keywords. Thus, he managed to collect more cheap targeted traffic.

By February, the specialist reduced the conversion cost from 177 to 114 hryvnias, and the number of leads from paid advertising increased to 121. The total savings on the lead cost are 7986 hryvnias.

The client was satisfied with the cost per lead. Therefore, Ilya further worked on increasing the number of applications.

In March, Ukraine announced quarantine, so part of the advertising budget had to be cut. Moreover, in April, the site was hacked, and the advertising account was blocked by Google for some time. We managed to solve this difficulty, but the question of saving remained open. To pay for call tracking, Ilya added his own bonuses from the affiliate commission to the project account. He did not want to leave the client with whom he was working for four years. And to optimize the campaigns, it was crucial to receiving data on calls, as it was done before.

To optimize advertising costs, Ilya started experimenting with a bid strategy. Now he has selected the target percentage of displays gained from the search network. They wanted the system to select the optimal frequency of demonstrations with the maximum cost-per-click. Thus, the company chooses the maximum possible transitions and displays. Ilya selects 50% of the displays on the search network and sets a limit on the maximum cost-per-click that is twice as low as the original one. So he could get the maximum possible amount of traffic with a reduced budget.

Although the company lost traffic and the number of conversions due to quarantine, the results are still positive. Now the conversion cost is 37 hryvnias and this is 80% less than a year ago. Compared with the first month of call tracking usage, the saving is (177-37) × 22 = 3080 hryvnia.

Ilya considers that when the situation will be more stable and the budget can be returned to the level of February, the investment in Ringostat will pay off multiple times. The specialist also believes that call tracking connection usually pays off from the second or third month of work if the specialist is actively working in the account.

Now campaigns have almost no inappropriate clicks left as Ilya has been collecting and expanding the list of negative keywords for a long time. Further optimization is about reallocation of the advertising budget and constant work on lowering the cost-per-click.