How to configure carousel on Facebook: pros and cons with examples of usage

Carousel is a popular advertising format that allows driving users to different pages from a single advertisement. Such an ad works not for all goals and platforms. That’s why it is crucial to be attentive while launching the campaign so the carousel won’t disappear from the format options. Kristina Holovnia, Marketing Specialist at Ringostat, will explain how to configure the carousel on Facebook and what to consider while launching. 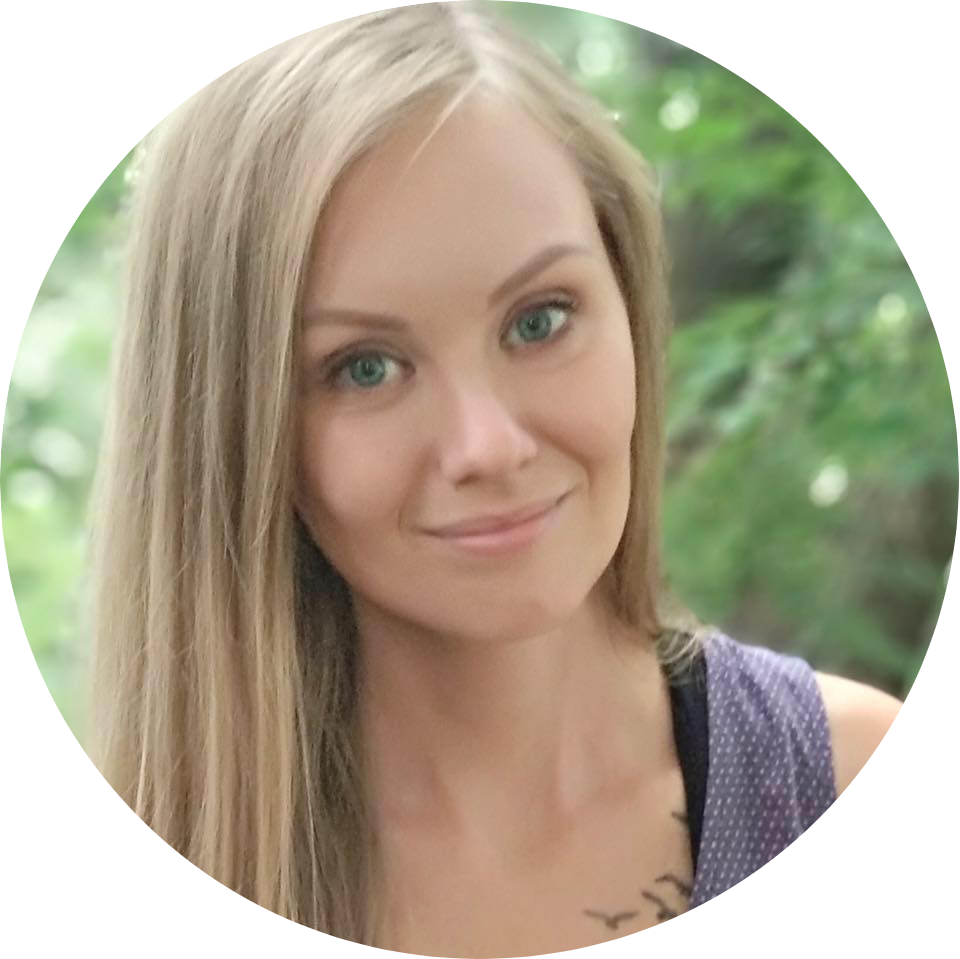 Carousel is the advertising format that displays several creatives leading to different pages.

This ad format is mostly used by the following social networks:

We will consider the peculiarities of the carousel on the most popular social network — Facebook.

Pros and cons of the carousel

1. Promotion of the group of products. The same brand production won’t compete in the search. They will fit each other in a single message. Moreover, it is possible to put the most relevant cards in the first place. By doing so, you will automatically optimize the CTR of ads.

2. An opportunity to show the same product from different angles. It’s especially relevant for niches with a problematic product. For example, game developers can explain in detail the interface of the app, as well as instantly describe several features.

3. Storytelling. Comics, step-by-step instructions, the process of developing, the example of usage of any product — any scenario will fit the carousel. But pay attention that your story has to be no longer than 10 images.

The launch of the carousel ad may be a complicated project for a beginner. Sometimes it’s challenging to make one working creative. But here we are talking about 2-10 images or videos. The same thing is about other components of the advertisement. It is required to write and approve descriptions of each card and set UTM marks for every link.

A group of products is usually promoted with a single image. But the carousel is used for specific products of brands. That’s why it is more critical for the carousel promotion to get into the interests of the targeted audience. For example, a company launches two advertisements for parents who have babies under 1 year. In the ad with a single photo, the message is about a sale on a specific category of diapers. However, the message for a carousel ad describes diapers of different brands for 6-month babies. The first ad would be relevant for almost all parents of newborns. The second one is for a more narrow audience.

You may face one more trap during the carousel usage. And it’s the price. Well, you can be 100% sure that a carousel will cost more than one image ad. However, the experience of usage proves otherwise. It is essential to one more time to highlight that in a case with Facebook, everything has to be tested several times. 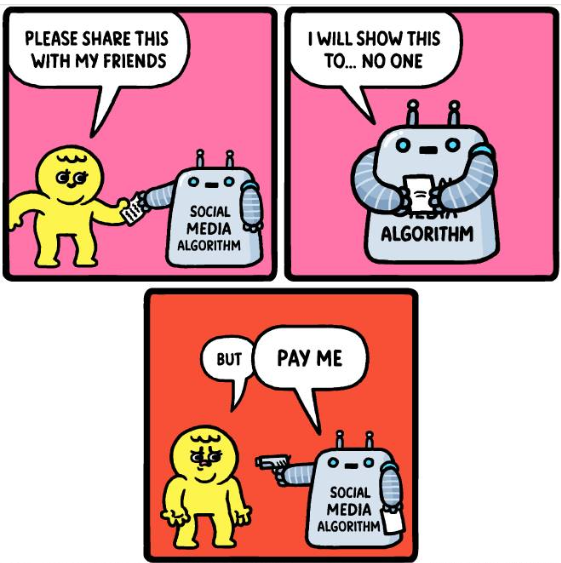 All the requirements for creatives and texts are described in the Facebook Ads Center. We would also like to leave several comments here.

As with any other campaign, we start with choosing an objective. Pay attention that Facebook will not offer a carousel format if you select “Engagement” or “Video views” objectives. All the remaining objectives support the carousel option:

We will select the “Traffic” objective to set an example.

After that, you need to configure ad settings.

Choose where you want to drive your users in the Traffic section — this will influence several settings.

IMPORTANT! The “Dynamic Creative” switcher has to be off, otherwise, Facebook won’t offer the carousel as an available format.

The Offer switcher can be turned on as it doesn’t influence the carousel.

After that, you will have to set the Audience. The carousel settings are the same here as for any other ad. Select:

Placements to show the ad influence the opportunity to set the carousel. It works only for the following places.

That’s why you can manually edit placements as Facebook won’t offer the carousel if you choose ones that are different from the list above.

All in all, you need to set the Budget and Schedule. These settings don’t influence the carousel option, as well.

The next step is to configure the ad identity. Facebook will offer the carousel format if the previous settings were made correctly:

Now it is possible to upload prepared images or videos. The interface is the following: 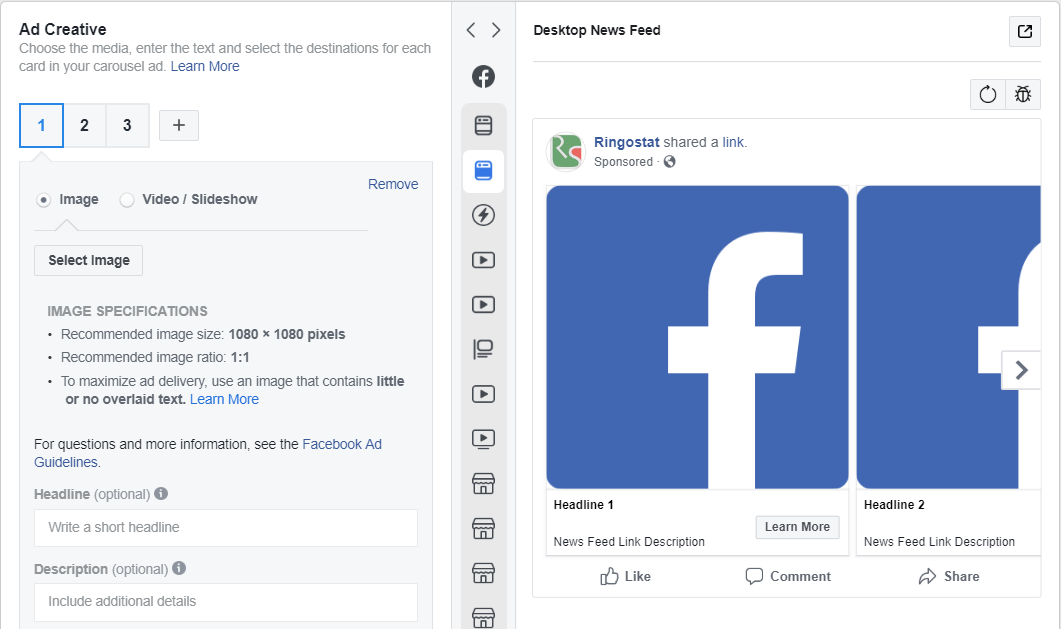 There’s a panel in the middle that allows previewing your content from different placements. Hints appear when you put the mouse on icons.

There’s a preview itself on the right. You can also find a “Share” button on the right upper corner. Thus, you can send a notification to the linked Facebook account. By clicking there, it is possible to view the unpublished ad on your phone or computer.

Carousel settings are placed on the left. By default, you can upload three elements. Others are added via the “+” button. You can also change cards by merely dragging them.

It is possible to add “Image” or “Video/Slideshow” for each card. Thus, you can rotate the dynamic content with static images in your carousel. By scrolling down, you will find fields to configure separate cards and the whole advertisement in general. 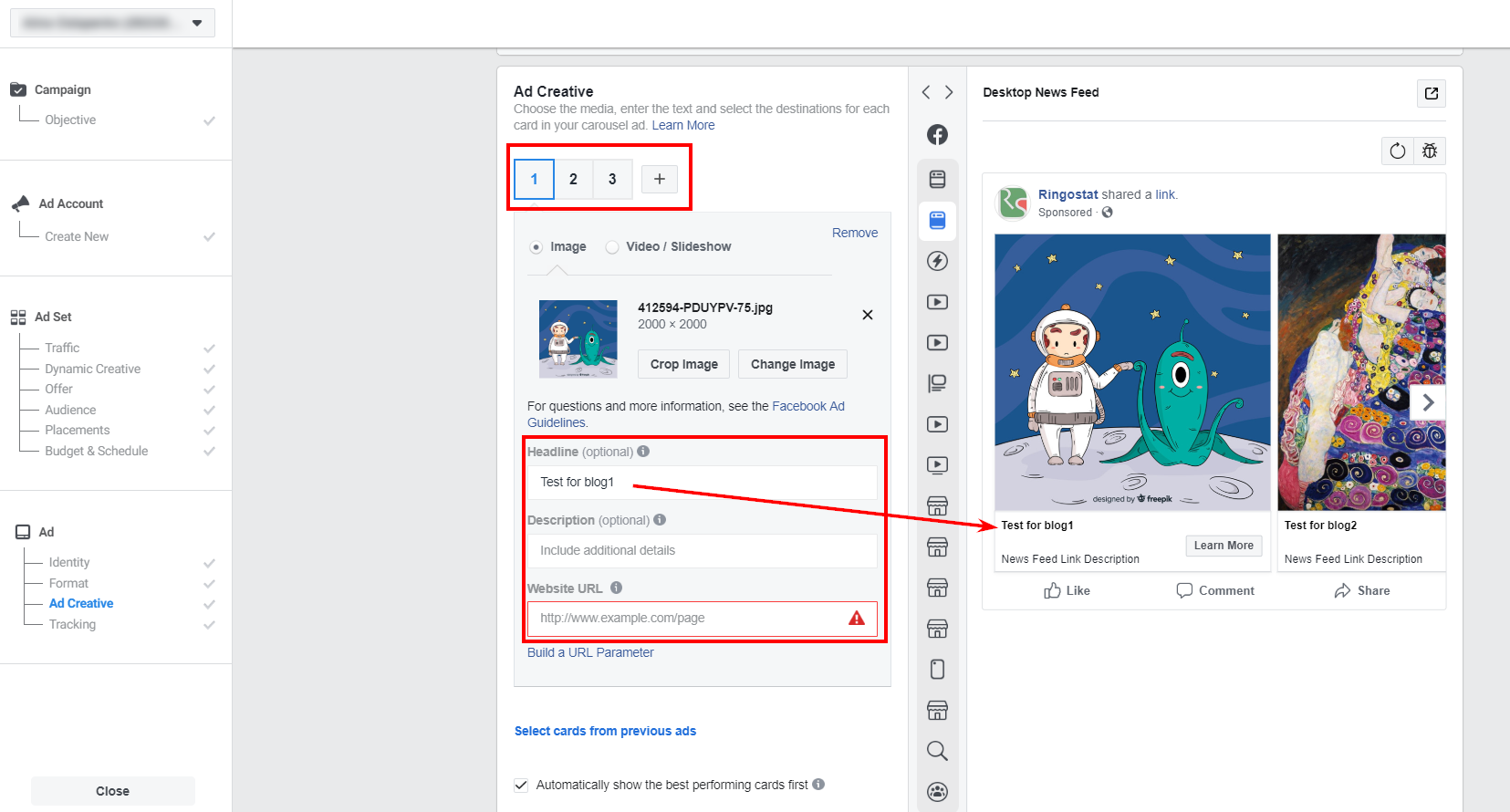 If you are creating a story, add or collecting a whole picture from several creatives, make sure you that there is no tick in the checkbox next to the “Automatically show the best performing ads.”

The last card of the carousel may be the company’s logo. There’s no need to create a separate card to do so — simply put a tick in the checkbox next to the “Add a card at the end with your Page profile picture.”

That’s it! After that, all you have to do is check everything one more time and launch the campaign 😉

Facebook created a group with examples of Carousel Format Creatives. It’s a single place where you can meet the carousel as usual Facebook posts but not as a marketing campaign.

Unfortunately, the group wasn’t updated since 2016. Nevertheless, since that time, companies created lots of creative carousels. Let’s see some inspiring examples from brands.

Source of this gif